An important sponsorship agreement was signed between the Virtus Basket Padova basketball team and Buzzi Unicem S.p.A., two organizations that are inspired by the same ideals. Buzzi Unicem is committed to supporting the black&green club, actively participating in the initiatives scheduled for the upcoming months.

"Because we share a common passion, we are pleased to play an active role in an ambitious and innovative project that goes beyond the traditional sponsorship, since we firmly believe in the importance of supporting young people during their developmental stage, especially after coming out of a difficult period caused by the Covid pandemic" commented Antonio Buzzi, Chief Operating Officer Cemento Italia of Buzzi Unicem.

The appointment is for Monday 28 March 2022 at the Buzzi Unicem plant in Monselice (PD). The event will feature the presentation of the Virtus Basket Padova basketball team and the sharing of the spirit of the MetaVirtus family. An aperitif will be offered on site at the end of the presentation. 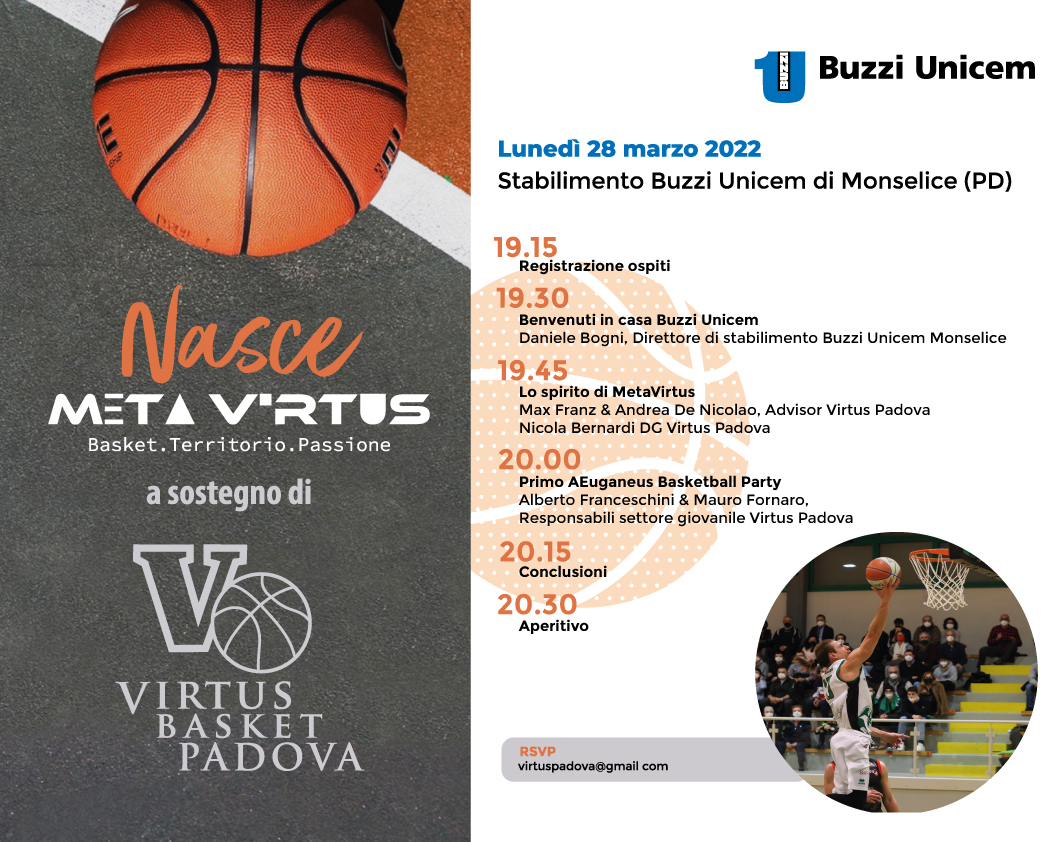